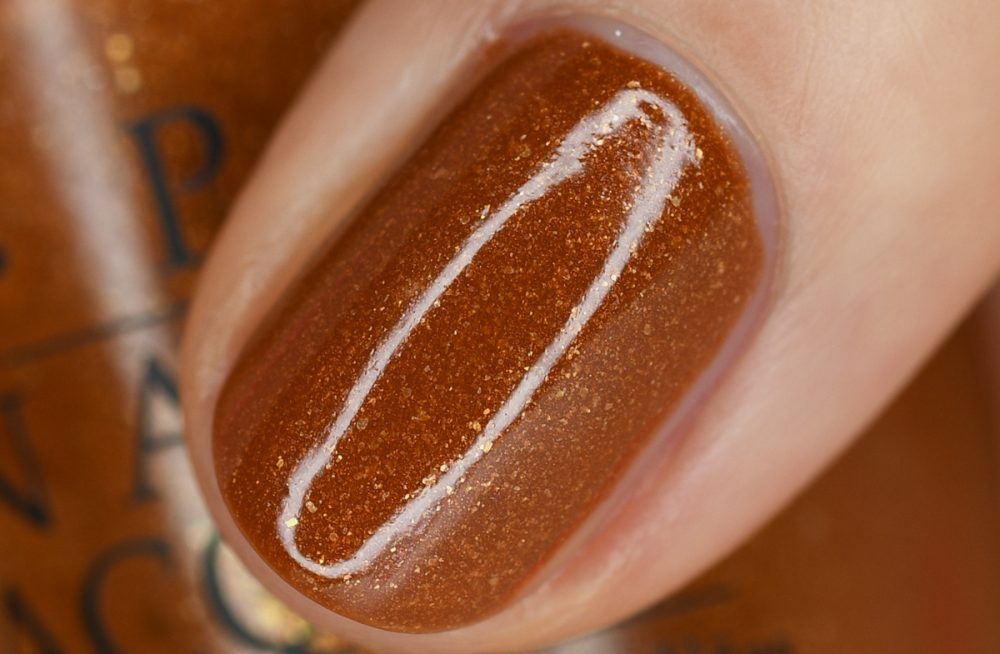 Hello! Today I am showing you all the OPI polishes I own from 2009. A whopping eight polishes in total! So, without further ado, here they are.

OPI Done Out in Deco

Done Out in Deco is a dull lilac creme polish. On the swatches I am wearing two coats of polish. It is from the 2009 spring/summer collection called South Beach.

Bronzed to Perfection is a bright brown polish full of tiny gold flakes. It is a stunner, but such an unusual colour for spring collection in my opinion. It is from the South Beach collection. On the swatches I am wearing two coats of polish.

Overexposed in South Beach is a magenta purple polish full of lilac/fuchsia shimmer. This beauty is also form the 2009 spring/summer South Beach collection. I am wearing two coats with no top coat on the swatches.

OPI Over the Taupe

Over the Taupe is a dark taupe polish with creme finish. Shockingly, it is from a collection called Summer Bright Pair. Very dull for a summer polish, but then again, it reflects 2009 fairly well (many people still recovering from the historic 2007 and 2008 financial crisis). I am wearing two coats on the swatches.

Conquistadorable Color is a dark, but bright at the same time, raspberry red creme polish. It is from the 2009 fall Spain collection. On the swatches I am wearing two coats with no top coat.

Bullish on OPI is an interesting colour. I’m finding it a little hard to describe. It’s red, but not your usual red… maybe red with strong brown/orange undertones? It’s also form the Spain collection and I am wearing two coats.

Manicurist of Seville is a bright mulberry purple polish with creme finish. It’s also form the Spain collection and I am wearing two coats.

Visions of Sugarplum is a gorgeous dark purple polish full of sparkly purple flecks. It is from the 2009 Holiday Ulta Exclusive collection. On the swatches I am wearing two coats of polish with no top coat.

This is a great selection of colours, isn’t it!? My favourites are Bronzed to Perfection and Visions of Sugarplum. 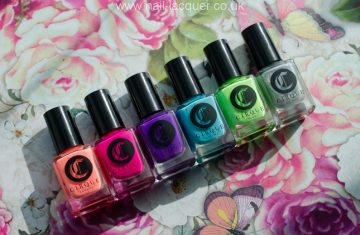 Hello! Today I am here with Cirque Colors Vice Collection. The collection consists of five bright…

END_OF_DOCUMENT_TOKEN_TO_BE_REPLACED

Hi! Today I’m here with GlamLac nail polish review and swatches. I will show you a mixture…