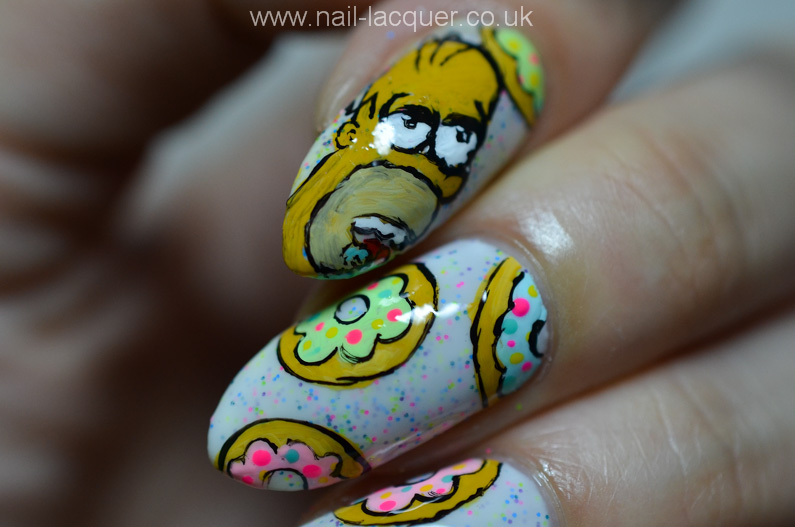 Hello, another late night post :P It’s been a while since I took part of any nail art challenges but I have been invited to join Life in Lacquer’s first nail art challenge and how could I say no (especially considering the next prompt is pink!)!

The first theme of the challenge was food nail art. My initial idea was to do some ice cream cones but it appears that my nail shape is not as similar to ice cream cones as I thought it would be. Instead I decided to go with some yummy doughnuts. And what are doughnuts without the biggest doughnut lover in the history of cartoons- Homer Simpson. 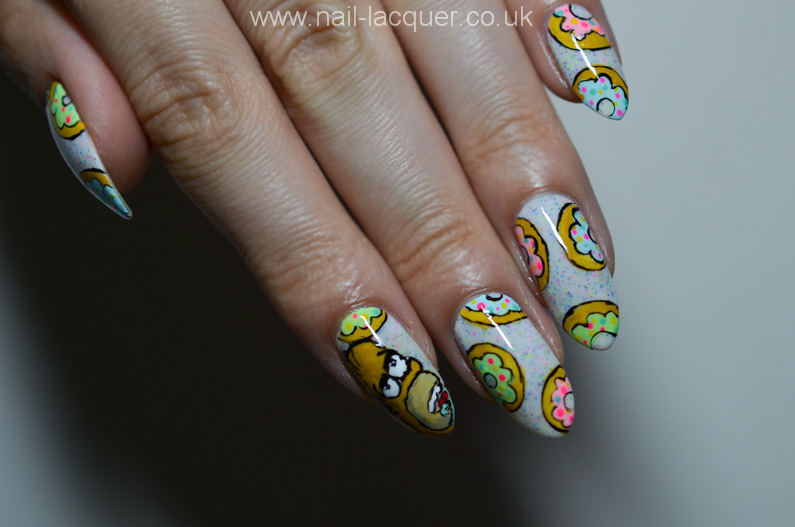 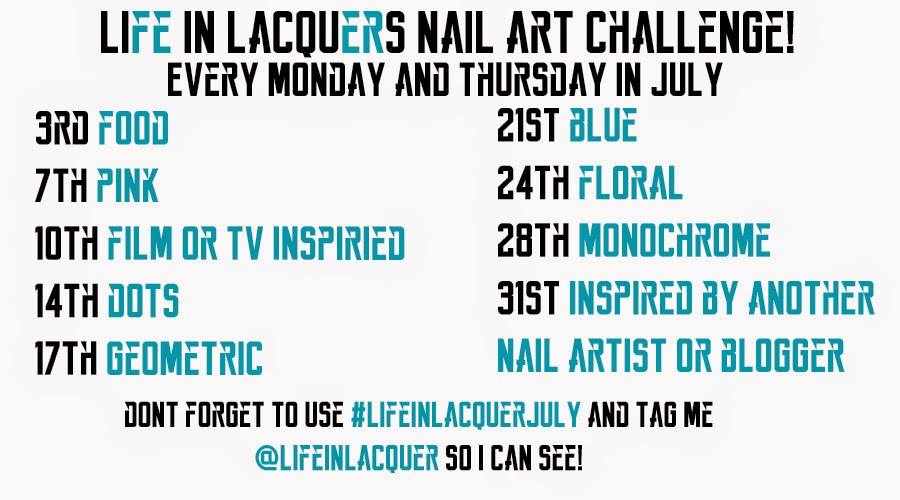 As of the base I started off with a polish I made myself from a glitter mix I got from ebay. It’s a vivid mixture consisting  tiny neon pink, neon yellow, blue, neon green and purple glitter. I added the mixture in a white crelly base as this is how I like my glitters best :) It turned out very pretty! I am wearing three coats on the swatches below :) 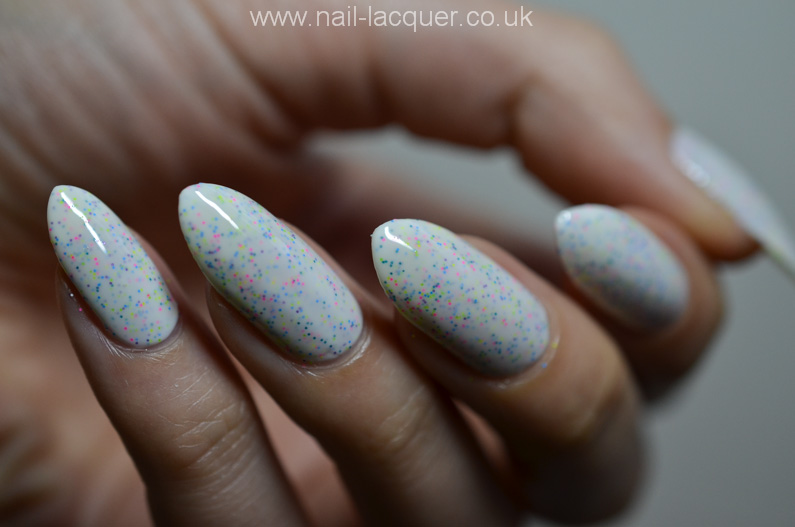 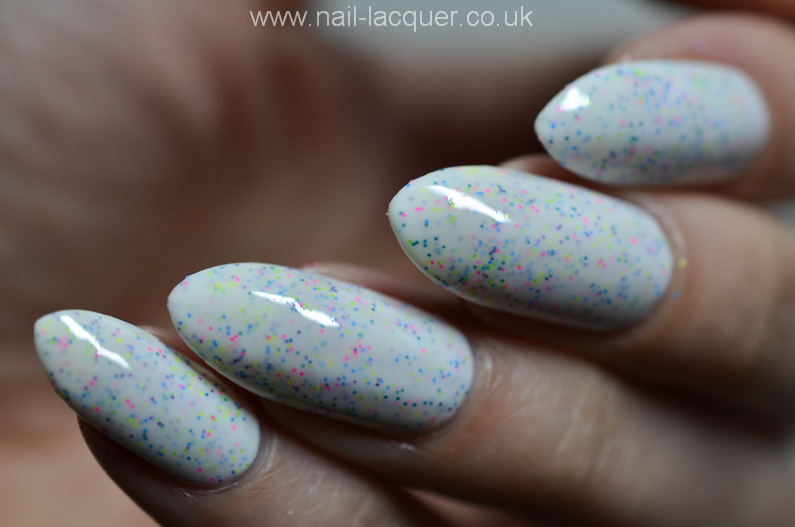 I then added the doughnuts and Homer using mostly acrylic paints but also nail polish. I used Kolinsky size 0 brush and a toothpick for details. 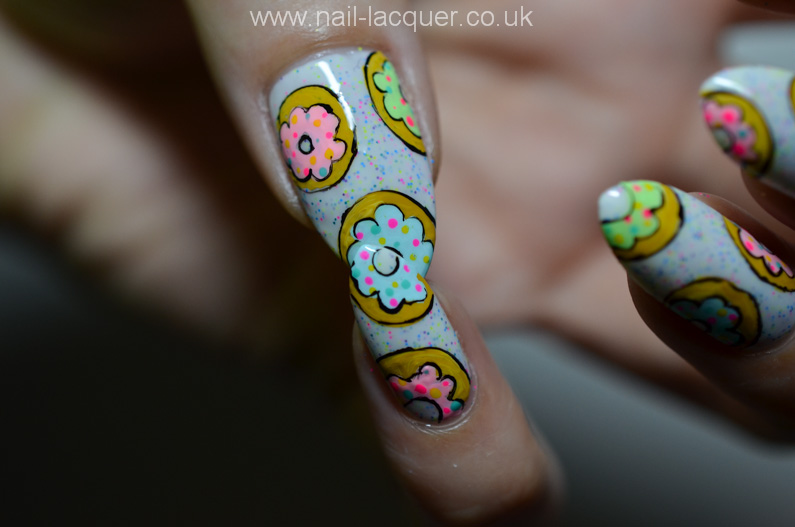 I topped it all up with Poshe top coat. I was also planning to add a layer of matte top coat but it looks like I forgot lol. Never mind :D 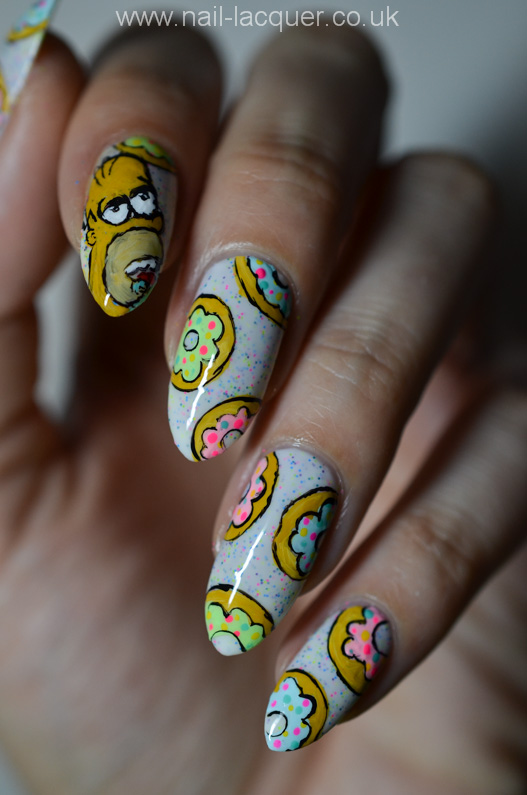 Thanks for checking out my food nail art featuring Homer and the doughnuts. You are all welcomed to join the nail art challenge!!! xoxox 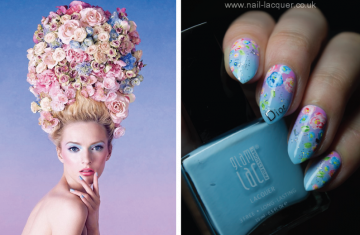 Hi and happy Sunday, I have prepared some pretty Dior nail art to show you today. I…

END_OF_DOCUMENT_TOKEN_TO_BE_REPLACED 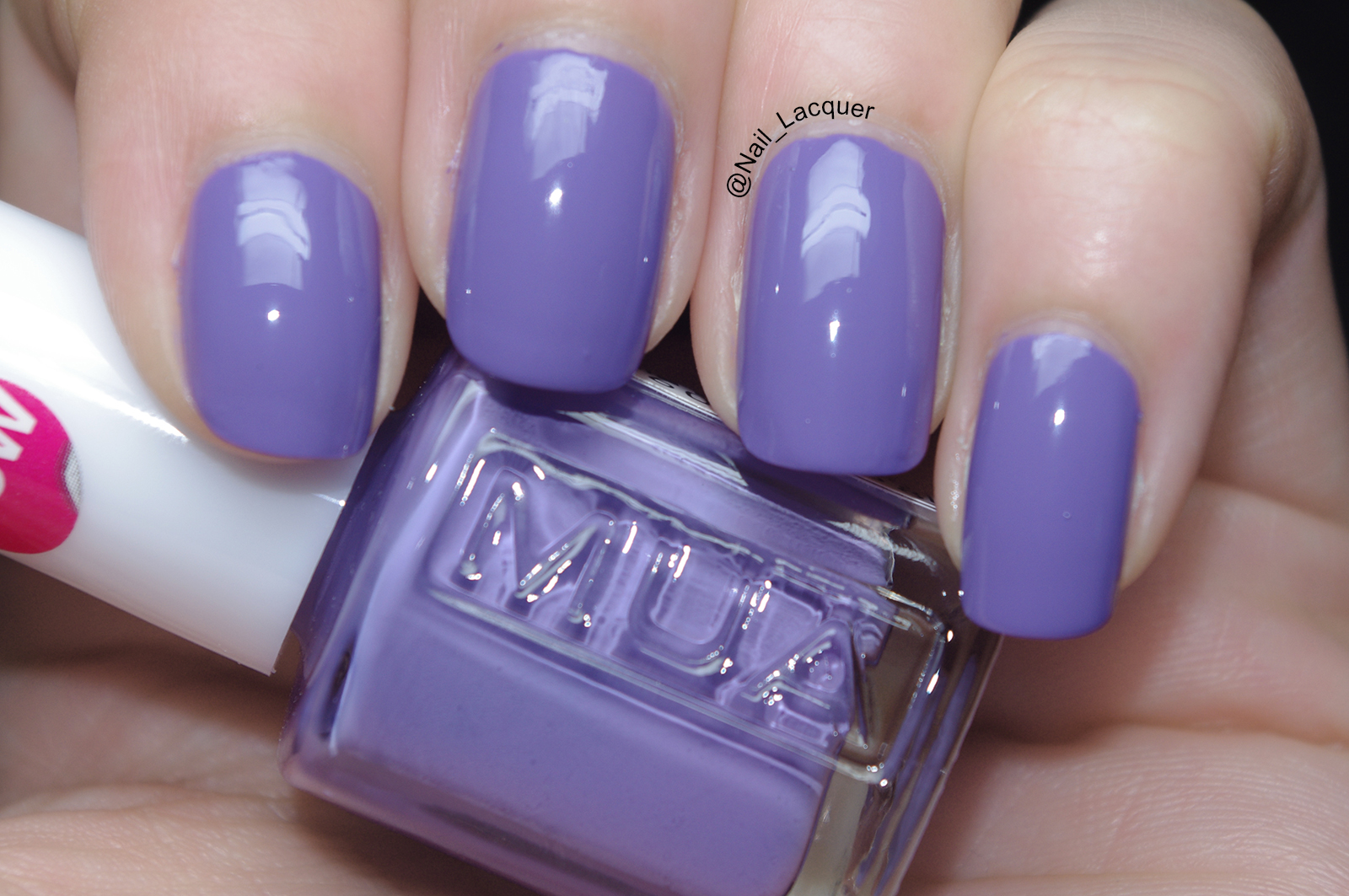 Hey there! I have been restocking on MUA polishes since I loved the Pistachio Ice Cream…

END_OF_DOCUMENT_TOKEN_TO_BE_REPLACED 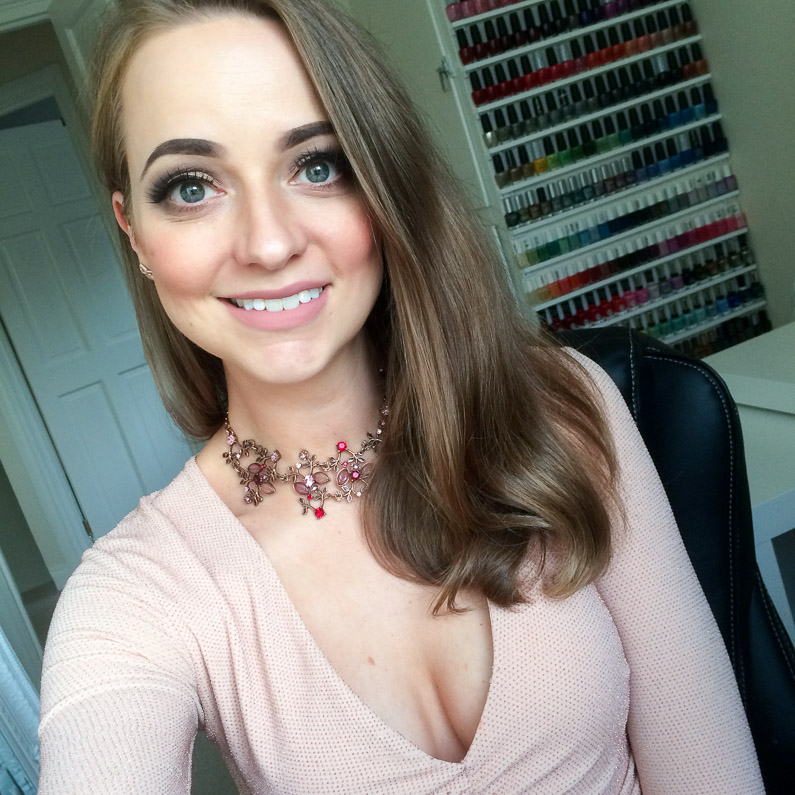 Hi, and welcome to my nail blog! Here you can enjoy lots of nail art, tutorials and swatches. Starting from popular high street brands to more unique indie polishes.