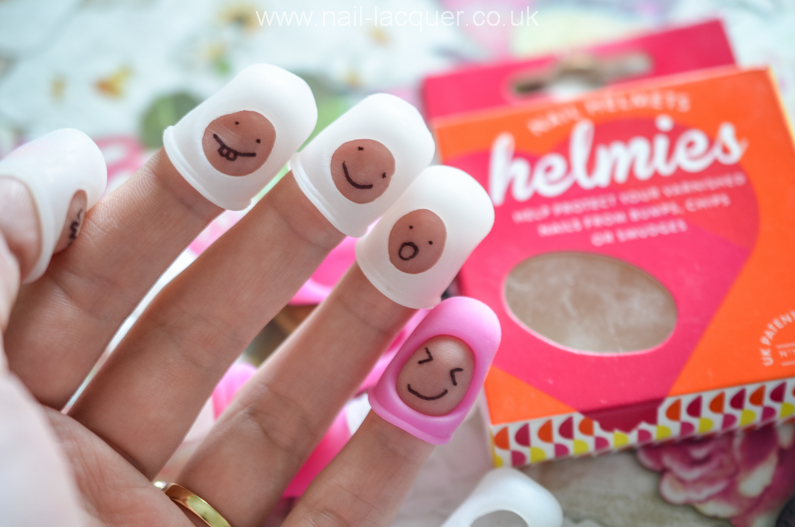 Hello! There’s a new product in town called ‘HELMIES’ for Y’all ladies and gents who love painting their nails but hate getting dents and smudges in their freshly painted nails. 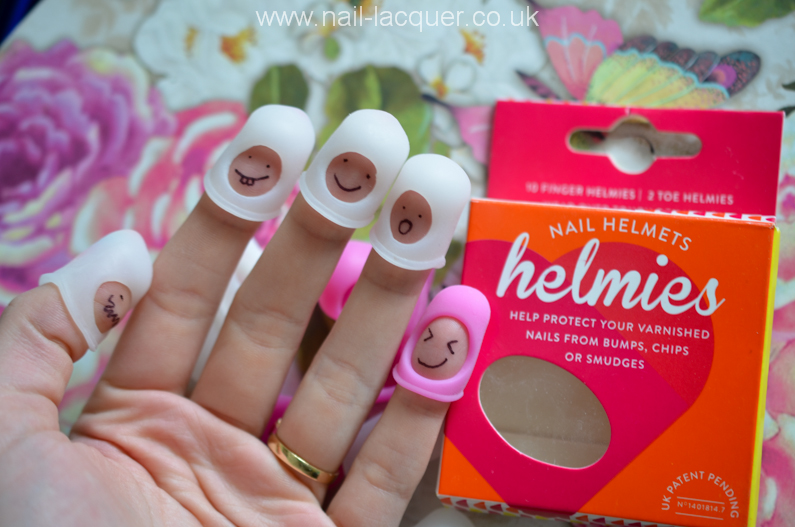 Helmies are little protective nail helmets, made of soft rubbery material. The nail helmets are designed with an open area at the back to allow you to use your finger pads while waiting for your nails to dry.

Helmies come with clear instructions that direct you to wait until your nails are touch dry (15 minutes) before putting Helimes on. I applied a layer of base coat, two coats of colour and a layer of top coat and waited 15 minutes before putting Helmies on. To be honest, by the time 15 minutes had passed my nails were pretty much dry on their own (I used fast drying top coat). I still put the Helmies on to see how they feel.

According to the instructions, white Helmies are for fingers and tiny pink ones are for pinkies and large pink Helmies for big toes. White Helmies were a good fit for my thumb and index fingers but middle and ring finger ones felt a bit loose.

I decided to challenge Helmies and cleaned the house for a bit. Helmies were protecting my nails but the ring finger Helmies kept falling off. I am not a petite person but I guess my fingers are smaller than an average person’s? This made the whole experience uncomfortable and I kept adjusting the Helmies more than actually doing the planned activity. 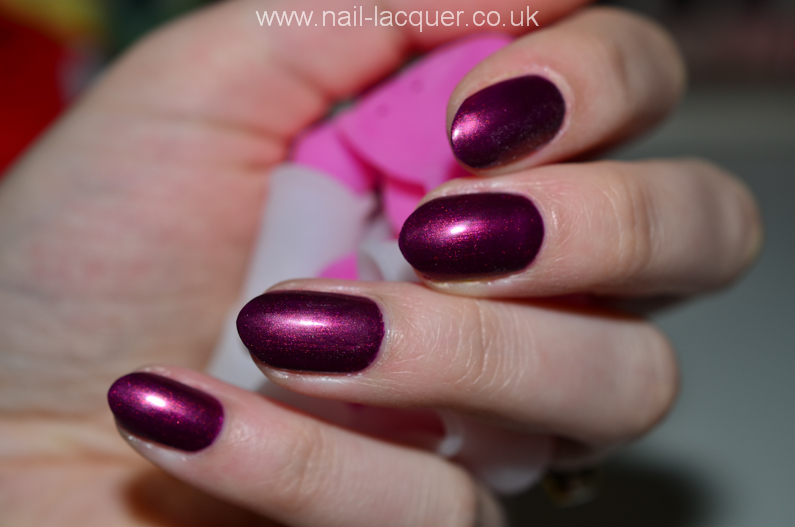 After removing Helmies my nails were smudge free. However, because I felt they were quite dry before putting the Helmies on, I decided to have another go. This time waiting for my nails to dry just 5 minutes while using fast drying top coat.

When I applied Helmies this time, the nails were touch dry on the top but just at the stage where they are easily dented and smudged (still not completely dry under the top layer of polish).

I applied Helmies on my right hand fingers and used that hand to paint some nail art on my left hand nails. This is where I usually smudge my nails so I was keen to see if Helmies will help me to overcome that annoying problem. 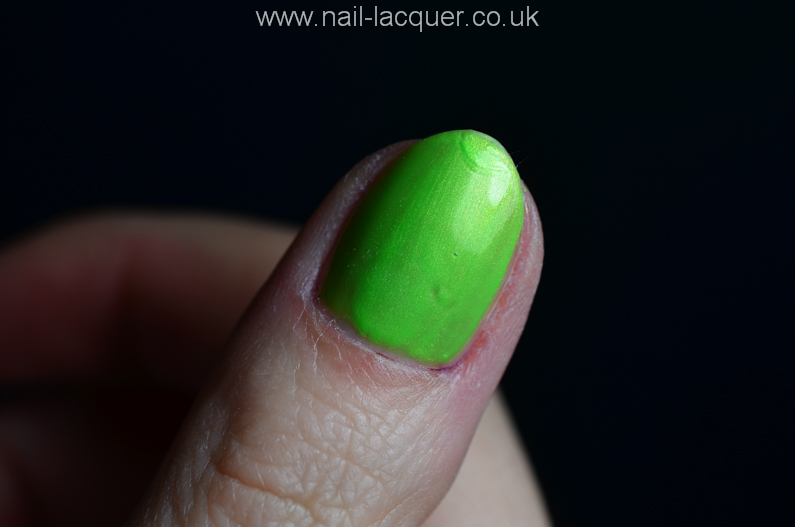 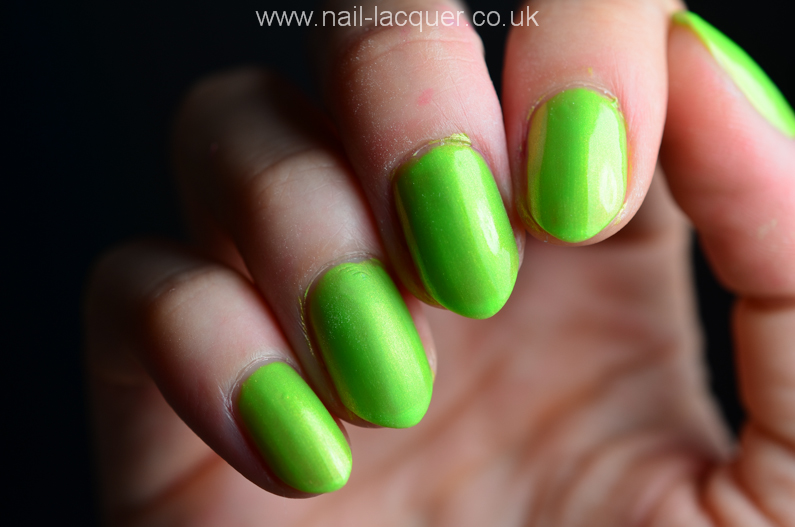 After removing Helmies, unfortunately my nails were not completely smudge free.

Overall my experience shows that Helmies can offer protection to your nails only when you let them dry well beforehand and only put them on at the very end stages of the drying process where nails are practically dry but still dent-able.

Another use I would see for Helmies is polish removal. When removing glitter or other hard to remove polish, wrap your nail in a nail polish remover soaked pad and cover your nail with it. Then pull the Helmie over the nail, keeping the pad in place and leave for a few minutes. During this time nail polish remover will soak the polish off. But at the same time will dry the surrounding skin so make sure to use some cuticle oil afterwards! In the past I have used foil and thimblettes with this method. 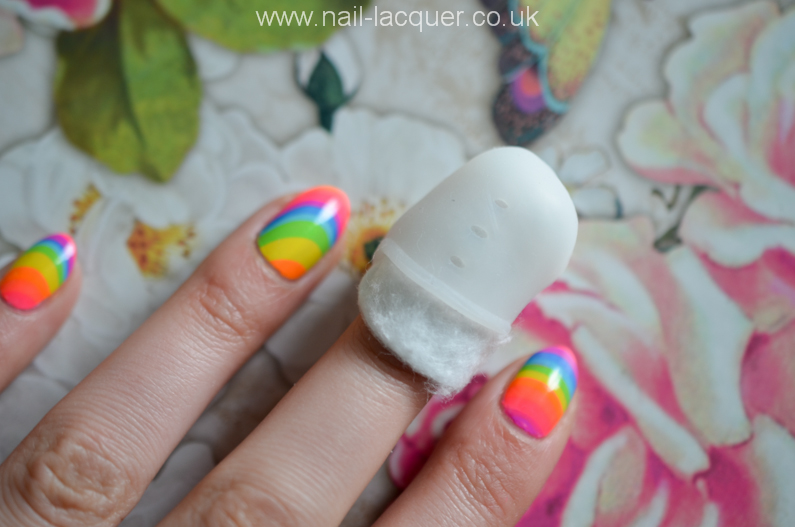 You can buy Helmies from www.helmiesbeauty.com and a set of 12 costs £7.99. 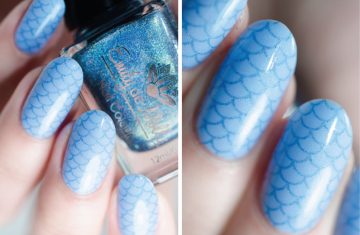 Earlier today I introduced you to Grace-full polish from Rainbow Connection indie store (post here). This…

END_OF_DOCUMENT_TOKEN_TO_BE_REPLACED 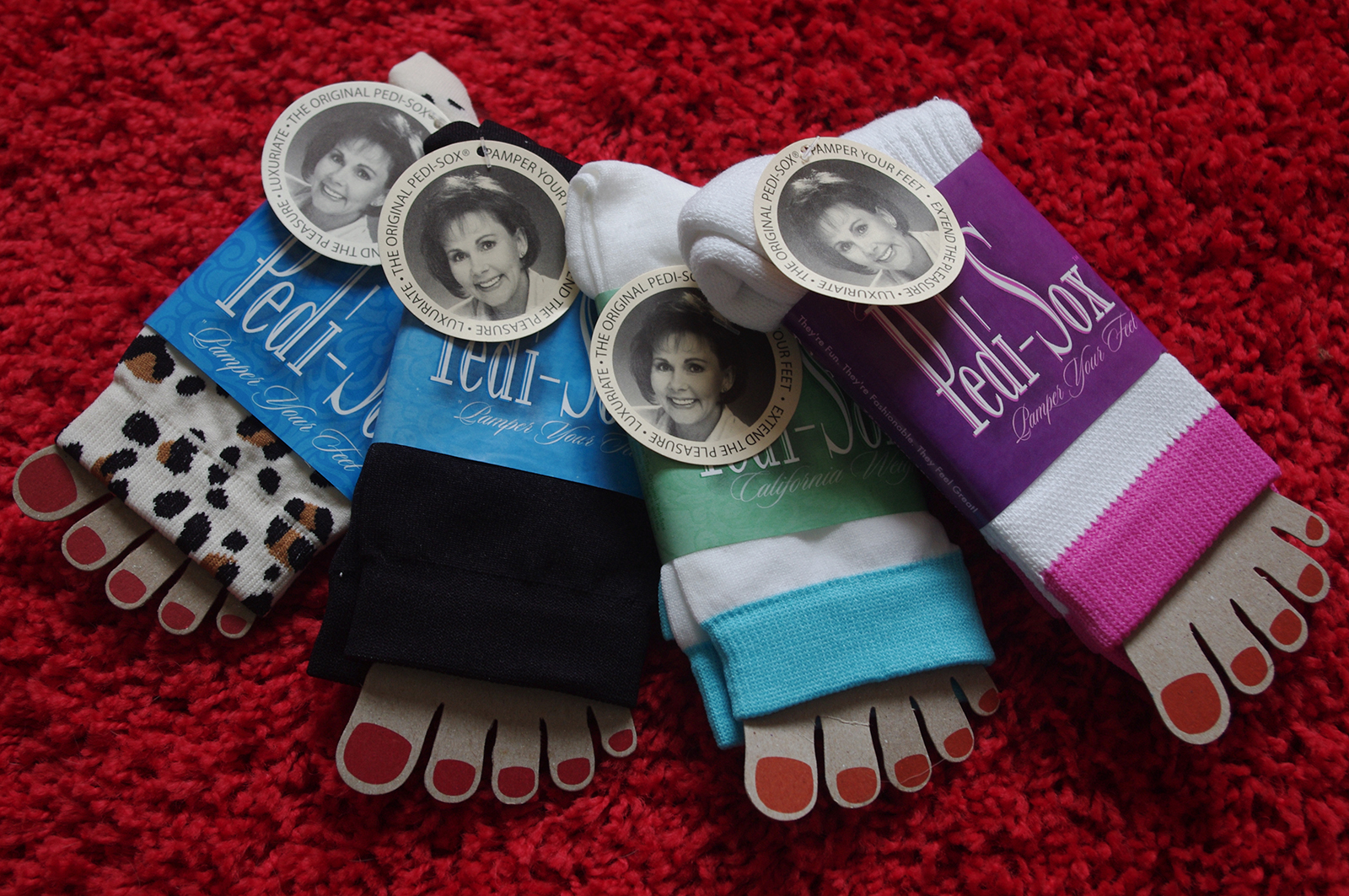 Warning! The Pedi-Sox review post contains images of feet.   Good morning! Today I have a Pedi-Sox…