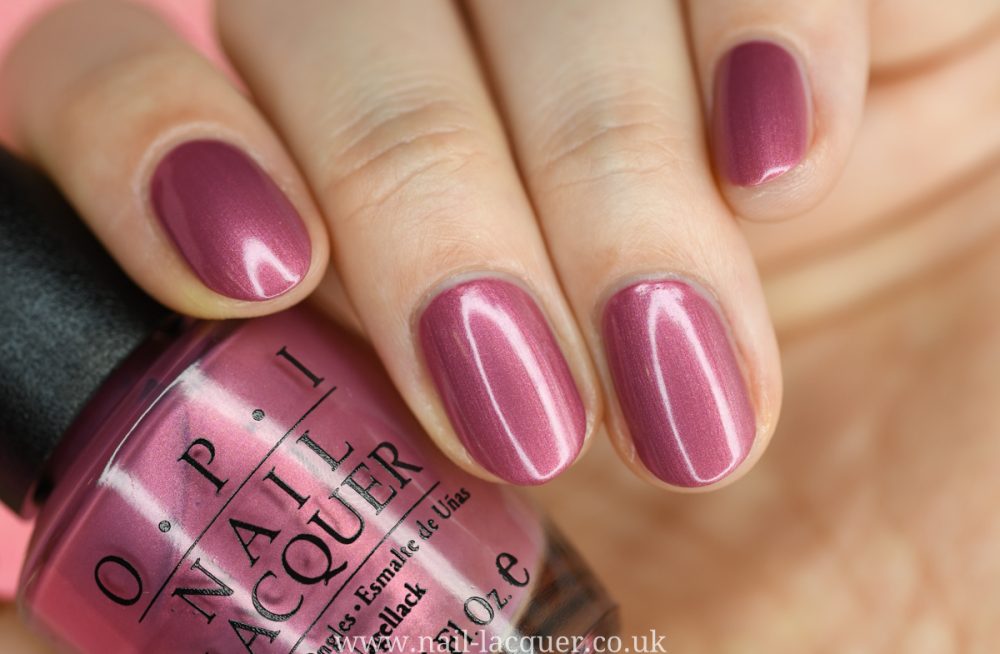 Hello! Here we are with my OPI Swatch Marathon Part 11. Today’s post will show you all the OPI polishes I own from 2006.

2006 is the year OPI made a significant formula change and started producing three-free polishes. This is a positive change as the formula is less toxic, but also smells a lot better (not that nail polish ever smells very good). The colour of the bottle bottom labels also changed from black to green. This is why vintage OPI’s are often called black-label OPI’s. However, OPI started producing polishes with black labels again in around 2015.

Today’s post will also be a little different because some of the swatches are shown with long nails, and some with short nails. I had swatched a couple of the polishes some time ago now, but didn’t get around posting them until I had all of the 2006 polishes posted. However, the other week I also got a sudden, but random urge to cut my nails short. I just felt that the almond nails were so 2019. Or even 2015… Anyway, I needed a change. And here I am with short nails :) We will see where my nails shape journey takes us from there. So far I am really liking the shorties!

OPI My Daddy’s the King

My Daddy’s the King is a nude nail polish with a slight pearl shimmer in it’s finish. On the swatches I am wearing three coats of polish with no top coat.

My Daddy’s the King is from the 2006 spring soft shades collection called Princess Charming Collection.

Princesses Rule! is a sheer milky pink polish with white glass fleck glitter and colourful metallic micro glitter in it’s finish. On the swatches I am wearing two coats of polish with no top coat.

Princesses Rule! is also from the Princess Charming Collection.

OPI Mod About You

Mod About You is a llight pink polish with a creme finish. This creme pink has a stunning formula and was opaque in just two coats.

It is from the summer 2006 Brighter by the Dozen (Brights Collection).

Plugged-in Plum is a intense purple polish with pearl/shimmer finish. On the swatches I am wearing two coats of polish with no top coat.

It is also from the Brighter by the Dozen (Brights Collection).

Did Someone Say Party?

Did Someone Say Party? is a warm creme brown polish. On the swatches I am wearing two coats of polish with no top coat.

This, and the next three polishes, are form the 2006 fall/winter collection called 25th Anniversary Collection.

Birthday Babe is a pearly silver polish. On the swatches I am wearing three coats with no top coat.

Mauve-lous Memories is a warm mauve pink polish with a pink shimmer finish. On the swatches I am wearing three coats with no top coat.

Happy Anniversary! is a warm creamy polish with whir glass fleck finish. On the swatches I am wearing three coats with no top coat. The formula of this one was really awful, you can see the obvious streaks on the photos.

Check out my other OPI swatch marathon posts here. 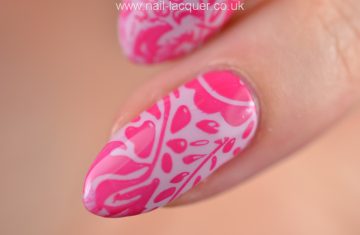 Hello! Long time no see…. sorry about that! Life tends to get busy sometimes, I bet…

END_OF_DOCUMENT_TOKEN_TO_BE_REPLACED 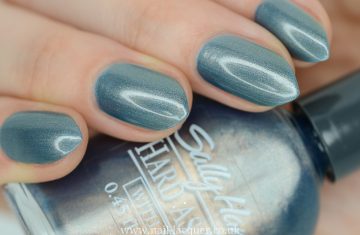