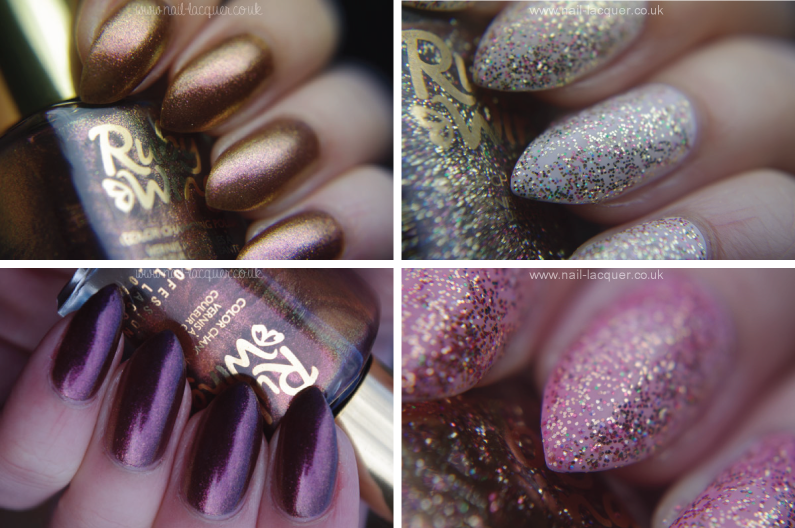 Cinnamon Bun is a cinnamon scented UV sensitive duo chrome glass fleck shimmer polish. Indoors and out of the sunlight the polish looks golden brown. Outside, in the sunlight the polish turns into a dark purple colour- completely different from it’s original colour! It is amazing to see the change so I took a lot of photos to share how it looks :D I especially love the in-between look (photos 5 & 6). On the swatches I am wearing two coats of Cinnamon Bun. Rose is a scented UV sensitive iridescent glitter topper in a lightly pink base. Similarly to Strawberry Shortcake it stops being a glitter topper when exposed to sunlight and turns into a wine purple glitter polish. On the swatches I am wearing one coat on top of OPI Alpine Snow. Are these Ruby Wings some fun polishes, aren’t they!?! Overall I loved Cinnamon Bun and it’s UV change, both of the glitter toppers were fun too but not as impressive as the Cinnamon Bun.

Thanks for reading xoxo 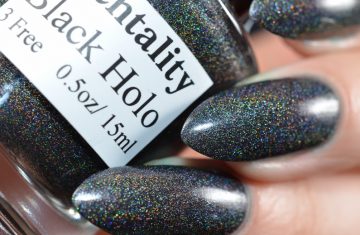 Hi, A quick late night swatch of Mentality Black Holo to show you tonight. The formula of this…

END_OF_DOCUMENT_TOKEN_TO_BE_REPLACED 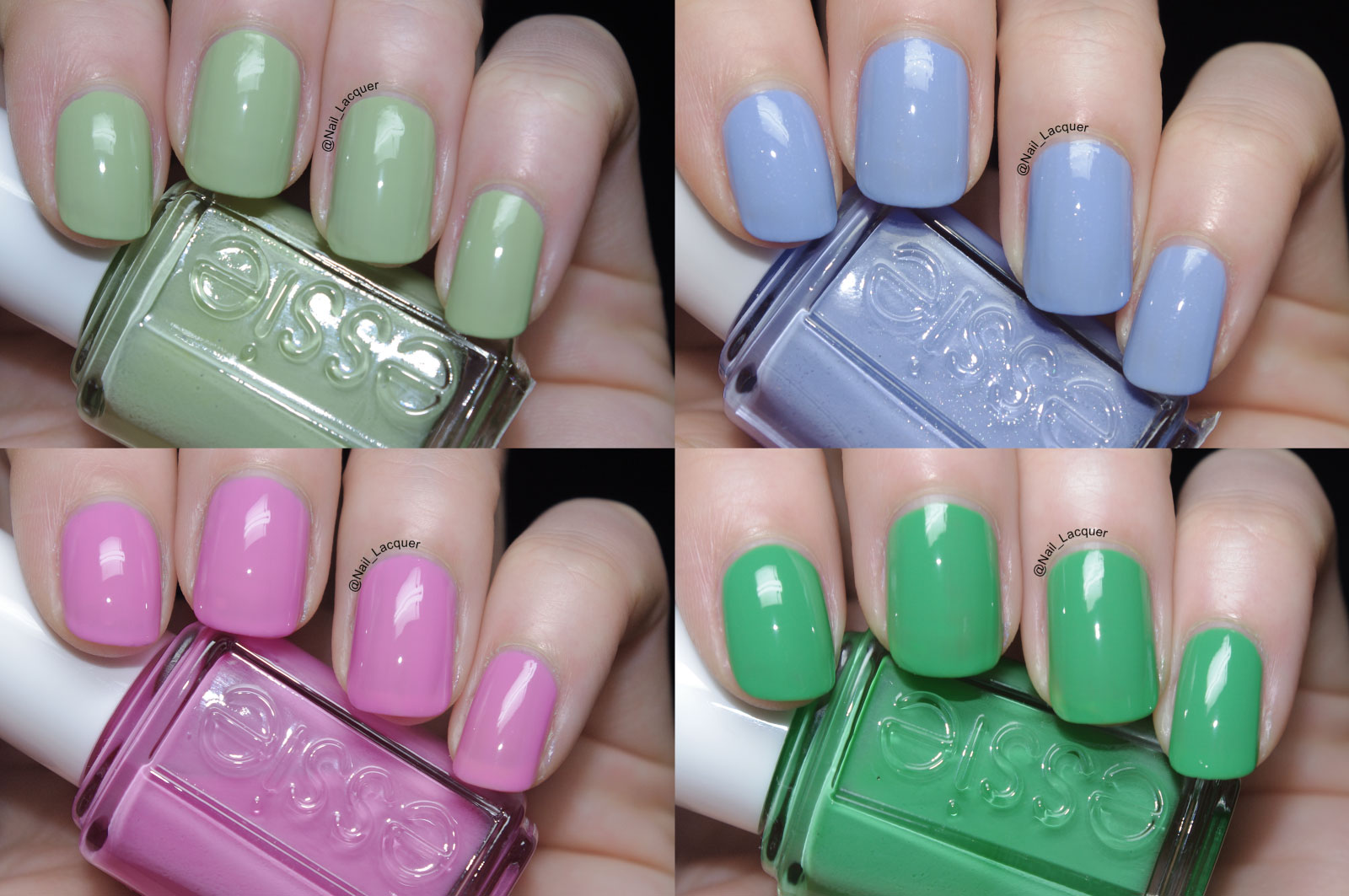 Hi all, I have a quick post today to show you 5 of my favourite Essie nail…